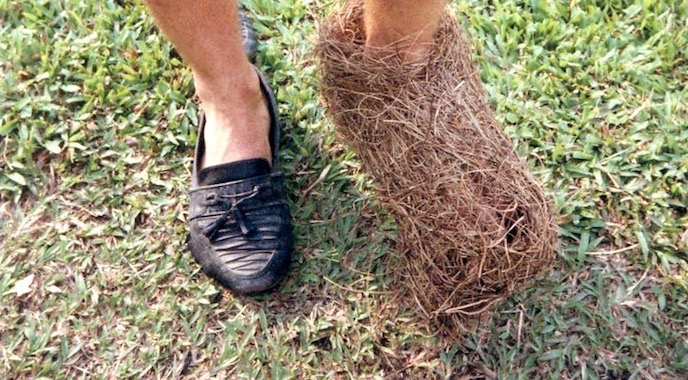 I came to permaculture, in a very convoluted way, through my friend Ali Sharif, (a late renowned permaculture activist and organizer, working in Mozambique, Africa).   We became friends when I was helping him find a small farm to purchase, and later to remodel an old adobe house.

One day Ali asked me to watch his place while he went to a training program called permaculture. Ali didn’t make clear what this training was all about, and I agreed to take care of his home.

Up to this time in my life I had gotten by on skills learned as a child raised on a farm and ranch in Texas, where we did all our own building, electrical, plumbing, raising food, raising livestock, and in general living a pretty regenerative life style. Subsequently I had put in 7 years at the University of Texas in Austin, and 4 years in the U.S. Air Force, plus a lot of drifting around the country being involved in the civil rights movement, Students for a Democratic Society, and dropping out and into a hippie commune in the Ozark Mountains of Arkansas.

Ultimately I came to Santa Fe, New Mexico with my brother Robert to start a shop, making and selling wooden toys. We were both good woodworkers and our small shop evolved into furniture making, cabinet making, house construction and, ultimately, house design. As our business grew, both my brother and I discovered, to our dismay, we were fast becoming administrators and bookkeepers,  rather than builders and craftsmen. We sold our business to become farmers in  southern New Mexico, where I met Ali Sharif.

Ali returned from his “workshop” in a state of extreme excitement and transformation which I would have attributed to some kind of new age practice like “primal screaming” or having one’s chakras balanced. Ali was not very articulate about exactly what this program called “permaculture” was all about but he was convinced that I would benefit greatly! I demurred, telling Ali of my plans to find a real profession and make lots of money.

I was 45 years old, having failed as a farmer, and struggling to become a “grownup” by getting a real profession through a professional testing and employment company in Albuquerque, NM. Through their profiling program I was guaranteed to discover my strongest talents and skills and then land a real job. The last thing I was looking for, was another tangent leading me astray.  Ali insisted that I had to at least attend an upcoming weekend permaculture workshop conducted by the founder, Bill Mollison, and I finally agreed, once he offered to pay for the weekend.

I reluctantly arrived for an “Introduction to Permaculture” in Lamy, New Mexico, still with no real idea of what I was in for. The seminar was being held in an abandoned church. There was a light dusting of snow on the ground and it was quite chilly both inside and outside of the church.

I huddled inside with a packed house of people who had come to hear from Bill Mollison, a man from Tasmania, Australia. When he arrived I was even more convinced I was on a fool’s journey. He entered wearing shower clogs, khaki pants and shirt with a jacket that was two sizes too large for him!

When Mollison started to speak I was further dismayed when he spoke in a dialect of English that I found incomprehensible! I later found out it was Tasmanian English and that I wasn’t the only one who didn’t understand his speech. It took me a few hours to work out this strange accent but once I did I was totally fascinated; after two days I was a total convert to the idea of this design science called permaculture.

Over those two days Bill wove an elaborate template of ethics, ecological principles, and technologies that appealed to all of those attending the workshop. I was, for the first time, putting together all of my building and land-based living skillsets, my moral values, and environmental concerns into a coherent plan for living life in a non-destructive way. This was revelatory stuff! I now had a way to look at my future with a much clearer understanding of what could be done to begin healing myself, my community and ultimately society at large.

Bill Mollison  was visiting New Mexico with his companion, artist Reny Mia Slay; following the workshop I approached them and asked how can I learn more, and was told that Bill was retiring and only giving two more courses. I then found out they would be taught across the world, in Kathmandu, Nepal and Hyderabad, India.

A few months later I found myself in Kathmandu at the University of Nepal’s agriculture department with a class full of students from all over the world. Thus began my permaculture journey in 1985, first as a student and later as teacher  – across tropical rainforests, indigenous communities, university halls, design studios, women’s cooperative gardens, tribal gathering houses, churches, school auditoriums, conferences, halls of congress  – across four continents, and through over 30 countries.  This journey continues to this day.

Those two weeks in the mid-80s, in the beautiful city of Kathmandu were game changing for me.  A new paradigm of thoughtful, ethical, and nondestructive behavior were laid out in a very clear and all inclusive manner that provided answers to my many questions relating to the dysfunctional society I lived in and had fought to change most of my life.

Permaculture provided a non-confrontational method of addressing many of the things that concerned me: environmental destruction, social injustice, inequitable distribution of wealth, corporatism, corrupt political systems, and a bankrupt educational system.

The course filled me with optimism that we as citizens of the world could bring about change without participating in destructive behavior.  A year later I was teaching permaculture – and I continue to do so today, over 30 years later. For six of those years I was privileged to travel and teach with Bill Mollison.  My high opinion of this method of healing ourselves and the planet continues unabated.

Amazingly this knowledge and inspiration is encapsulated in a short two week Permaculture Design Certification Course, engaging and empowering people worldwide, proving a path in life that is healing, regenerative and life-giving. 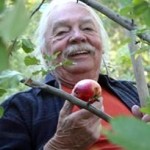 Scott PittmanFounding a Journey Through Permaculture12.13.2017

The Potential of Taking Two Books to Heart