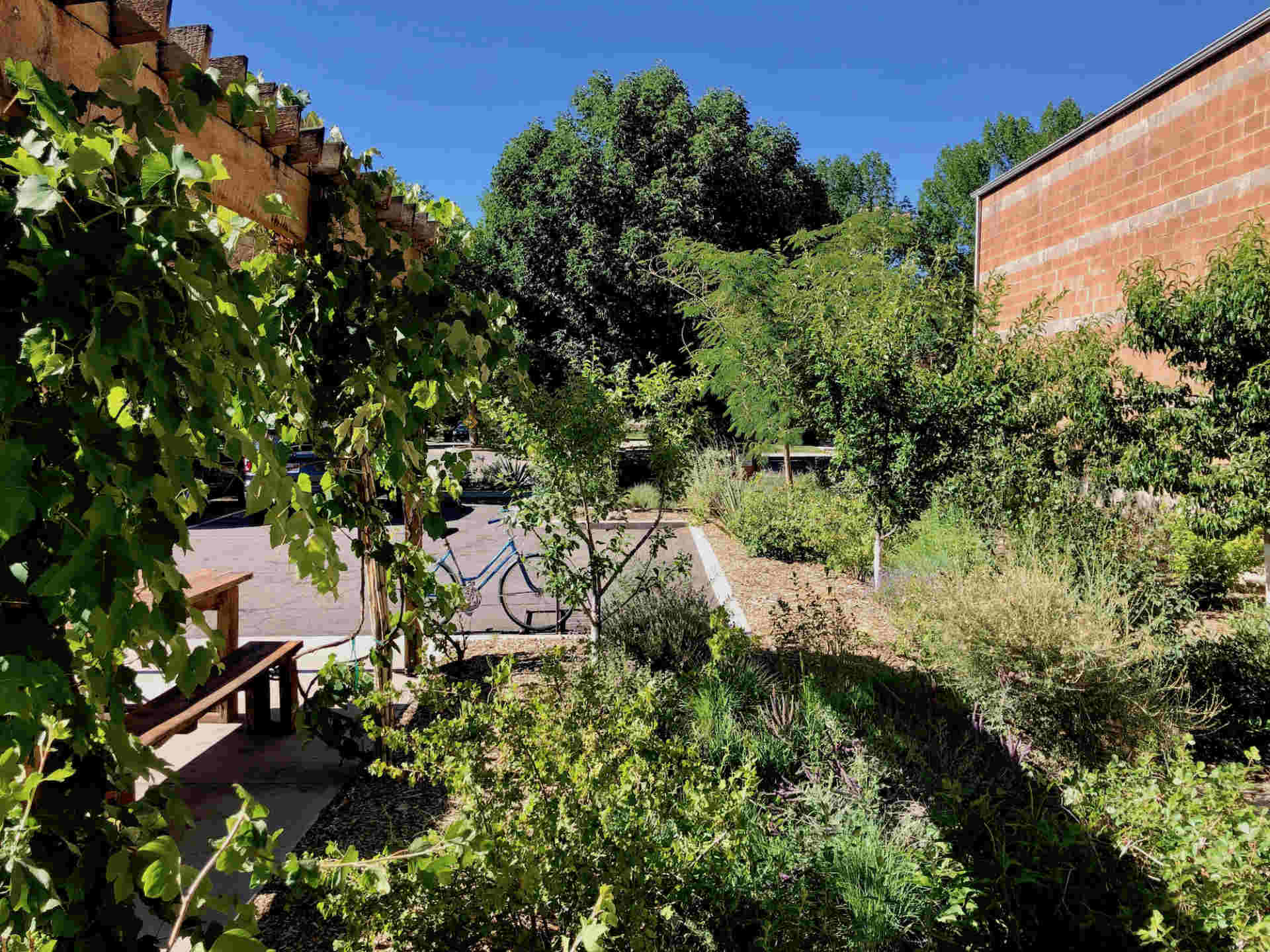 In 2013 at Utah State University in Moab, a community of faculty, staff, students, and citizens gathered to participate in a design charette on the campus landscape. After a workshop on rainwater harvesting and edible forest gardening, the group and I walked out from a classroom, scanning the land for the potential to harvest water and grow perennial tree crops. Opportunity was everywhere, even in a climate that received only 9 inches of annual precipitation.

The campus was a sea of asphalt in the desert. Parking surfaces dominated. Scant rainfall hit those unreceptive surfaces, while the more plentiful sun shone on them to raise air temperatures. The opportunity existed in removing pavement, capturing rooftop runoff, and cutting curbs to invite sheet flow from the parking lot into contact with the soil.

After the charette, Real Earth Design generated a detailed rendering of what the campus could be. The swales, basins, fruit trees, shrubs, and herbaceous plants were implemented a few months later by many of the same people who gathered to initially consider the campuses potential.

Over 7 years later, the project is thriving. It’s been well tended by campus faculty, staff, students, and community groups. After all, they had a big hand in it since inception, so it’s theirs to ensure success. Additions have been added over the years with pollinator houses, six cisterns, and a few plant replacements. It hums with pollinators, is activated as a living classroom for the university, and the fruits harvested and shared with community outreach groups during the pandemic of 2020.

As a designer this is exactly what I seek through my work. Well-crafted places, beloved by users, ever-growing and evolving.

This project would not be possible without the essential contributions of Dr. Roslynn Brain McCann (whom all photo credits belong to), Jeremy Lynch, Barnabas Kane, Joel Glanzberg, and Brad Lancaster.